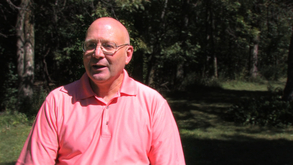 Marc Schillinger is a life long resident of Michigan, and first got involved in missions with a short term mission trip to Haiti in 1990. There he was introduced to pastor Luc St Felix, and became aware of the need for clean drinking water. It was then that the vision was cast to drill wells.

The first well was drilled in April of 1992, and Marc has been working since then in partnerships with; Rotary International, various individuals, and local churches. As of 12/7/2019 $108,375 has been raised, ten wells have been completed, and five 10,000-gallon Rainwater Harvesting Tanks are under construction in these five villages: MARIN, LETAN, COTIN, SAVAN PITE, AND LAROUCH. All five are expected to be completed by year
end 2019. Short videos and pics will be added to this site of each location as the construction is completed. In most cases we will also post GPS coordinates.

Marc is now speaking and sharing this vision with churches, other groups and organizations, and with Rotary clubs in the U.S. and Canada. Rotary International through Global Grants, a Matching Grant program, has provided funding for much of the work since 1992. Marc is Chairman of the World Community Services Committee for the Flint, Michigan Rotary Club. The Flint club is one of 61 clubs in Eastern  Michigan and Ontario. Several of the clubs within the District as well as clubs in the Thumb of Michigan and North to Alpena, as well as at the District level itself, have over the years contributed substantially. The Rotary Foundation matches the funds raised at nearly a 1:1 ratio. 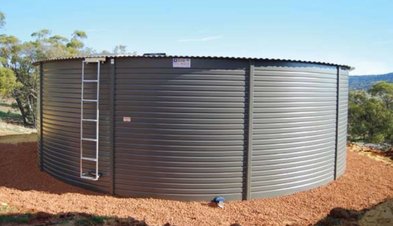 After the 2010 Haitian earthquake, it became difficult to obtain firm estimates from drillers since the water tables had shifted and drillers were not able to predict the depth of future water wells. Drillers are no longer confident in knowing where the available water is and at what level, and without firm estimates we are not able to write grants to drill. Living Water Haiti started looking into additional ways to provide clean water and we began contacting distributors that produce rainwater collection systems.

With a proven track record for collecting water in different countries around the world, including Haiti, we have decided to set an initial goal of adding 5 large tank water collection systems, using the runoff from church buildings into a gutter system, and then plumbed into 10,000 gallon sealed tanks each with a filtration system.

A distributor that we have been working with in Port Au Prince, can deliver and install the systems, on site, anywhere on the island. We have selected our first 5 locations, all on church property, with proper oversight and supervision.

If you want to learn more about this method of water collection you can visit here.

Approved May 2019
The main objective of this Rotary project is to provide 5 Rainwater Harvesting Systems comprised of Roof Rain Gutter rainwater collection assembly, plumbing, and filtration for 10,000 Gallon steel collection tanks at each location, in the Haitian Villages of:  Each tank system will service an estimated 300-1000 people per day, and each will be the only known fresh water source for approximately 15 Kilometers. Through established relationships within Haiti since 1992, sustainability and careful oversight by a church Lead Pastor,  at each location, is assured for each collection system.

A committee made up of 4 to 5 well known and respected personalities in the community along with the Pastor at each location will oversee and assure free and fair unlimited distribution to any member of the general public.

The estimated number of people that will be served per day is:
The project will start first in one community as a pilot project to fine tune the water management and distribution system and from there will move on to the other towns.